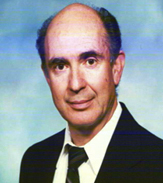 Moossa Joseph Arman, PhD (1942 – 2012) was an Iranian-American physicist, researcher, and inventor who is known for advancing the frontiers of Elementary Particle Physics and Experimental Nuclear Physics.

After receiving his undergraduate degree in Physics from Shiraz University in 1967, Arman joined the UCLA Particle Physics Group in Los Angeles as a University of California Regents Fellow. The young scientist was awarded his doctorate in Physics in 1972 under the guidance of Professor Emeritus Bernard F. Nefkens of UCLA.

Arman’s thesis, “A Measurement of Pion-Proton Bremsstrahlung and a Search for Magnetic Dipole Moment Radiation from the ∆++ (1236)” gained immediate recognition for significantly contributing to the understanding of subatomic forces. He was part of a group that conducted a sequence of subsequent experiments at Lawrence Berkeley National Laboratory conducted under the auspices of Nobel Prize Winners Owen Chamberlain, Emilio Segrè, Luis Alvarez, and Donald G. Glaser.

In 1974 Arman returned to the University of Shiraz in Iran as a Professor and Chairman of Physics. While in Shiraz, he founded the University’s PhD program in Physics, built a state-of-the-art observatory, and institutionalized research on the physics of Elementary Particles and applications of High Energy Radiation.

In 1978 Arman took sabbatical leave from Shiraz University and re-joined UCLA as Adjunct Professor of Physics. In 1979 he received UCLA’s Distinguished Lectureship Award. Concurrently, he worked on a Pion Scattering Project with Emeritus Professor Bernard F. Nefkens sponsored by the Department of Energy, and was involved in Elementary Particle Physics research at Los Alamos National Laboratory.

By 1980 Arman’s unclassified research was being published and discussed worldwide. Over the next decade he developed the concept of high-current transit-time oscillators as a powerful mechanism for generation of coherent high power RF radiation from Intense Relativistic Electron Beams (IREBs). During this same period, he developed a comprehensive dispersion relation for Plasma/RF/slow-wave structures.

In the latter part of his career, Arman shifted to commercial applications of microwave physics in aerospace, medical, and renewable technology industries. His commercial collaborations include Fusion UV Systems Inc. in Maryland, Booz Allen Hamilton in Washington DC, and Lockheed Martin Corporation in California.

After retiring in 2011, Arman carried out a number of patented technologies in wireless power transfer using applied quantum mechanics, electromagnetism, and charged particle physics. He continued to serve rolls as Advisor to National Research Council (NRC); Advisor to National Academy of Sciences (NAS); Board Member of the American Physical Society (APS) for the Plasma Division, Scientific Consultant to DARPA, and a Senior Member of IEEE.

Eliezer Rabinovici, Racah Institute of Physics, Hebrew University of Jerusalem, Visiting Louis Michel Professor at the IHES, President of the CERN Council: Sesame: a Source of Light in the Middle East

SESAME is a cooperative venture by scientists and governments of the Middle East set up on the model of CERN (European Organization for Nuclear Research). Current members of SESAME are Cyprus, Egypt, Iran, Israel, Jordan, Pakistan, the Palestinian Authority, and Turkey. It is a Synchrotron Light source and it is being used by researchers to study a large variety of scientific questions. It has been constructed in Jordan and has been operating since 2018. I will describe from a very personal viewpoint how this project has come into being starting in 1995. The story will move from the CERN cafeteria, crossing the Sinai desert to the completion of a high quality scientific light source in Jordan. It is also the first green light source.