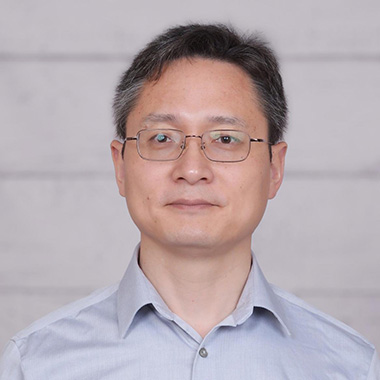 Prof. Zhongbo Kang and collaborators have proposed a new method to explore the production mechanism of heavy quarkonia, a strongly-interacting subatomic particle.

A heavy quarkonium is made of a heavy quark and its own antiquark. The first heavy quarkonium, known as the J/ψ meson, made of a charm quark and a charm antiquark, was discovered independently by two research groups in November 1974: one led by Prof. Samuel Ting of MIT with the experiment done at Brookhaven National Laboratory, and the other led by Prof. Burton Richter of Stanford Linear Accelerator Center (SLAC) with the experiment done at SLAC. This discovery, known as the "November Revolution," had a critical impact on the development of the field of particle physics, signaled a change in our understanding of the structure of matter and set everything in motion towards the standard model that we have now. Profs. Richter and Ting shared the Nobel Prize in Physics in 1976.

As amazing as its discovery, forty years later, the production of J/ψ as well as other heavy quarkonia remains to be one of the most active and fascinating subjects in strong interaction physics. Despite the decades of concerted experimental and theoretical efforts, the genuine mechanism underlying the production of heavy quarkonia has remained to be mysterious. The intellectual challenge is to "see" the emergence of a heavy quarkonium from a pair of heavy quarks without being able to see the heavy quarks in any modern detector. Over the years, theorists have developed various factorization formalisms to match the production of heavy quarkonia to the dynamics of quarks and gluons in Quantum Chromodynamics (QCD), among which the non-relativistic QCD factorization is by far the most theoretically sounded and phenomenologically successful in interpreting data. However, there remain many puzzles and anomalies when predictions are compared with better and more precise experimental data, in particular, the polarization of the produced J/ψ mesons at collider energies.

Recently, Prof. Zhongbo Kang of UCLA, together with his collaborators from JLab, LBNL, ANL, Northwestern, and OSU, have proposed a new method to explore the J/ψ production mechanism by studying the properties, such as the polarization, of J/ψ mesons produced inside an energetic jet at CERN’s Large Hadron Collider (LHC). High energy jets of collimated hadrons are naturally produced at high energy colliders, especially at the LHC, the current highest energy hadron collider in the world. Taking advantage of these abundantly produced jets, one can look for a J/ψ meson produced inside a jet and study its distribution within the jet. By further measuring the angular distributions of the muon pair decayed from the J/ψ mesons (see Figure), one can reconstruct the polarization of the produced J/ψ inside the jet. In comparison with other observables of J/ψ mesons previously measured, the J/ψ production and polarization within the jet probes the emergence of a J/ψ meson at a much more differential level, as demonstrated by Prof. Kang and collaborators, and should lead to new insights into the J/ψ production mechanism.

The team, led by Prof. Kang, developed the first theoretical framework to compute the J/ψ production and polarization within the jet by using a combination of the well-established QCD perturbation theory and the NRQCD. Initial studies show that this new observable is very good in constraining the fundamental parameters in the NRQCD factorization formalism, and in turn, providing much needed information on the heavy quarkonium production mechanism. Experimental collaborations at the LHC (e.g. LHCb) have started the measurements of this newly proposed observable, with the results of polarization measurements expected to be available later in the year.

"This is really exciting," said Kang, a member of nuclear physics group and Mani L. Bhaumik Institute for Theoretical Physics at UCLA. "With the experimental data on J/ψ polarization in jets under way, and with the theoretical framework at hand, we hope to learn and understand how the J/ψ meson is formed after more than 40 years since its discovery."

The research is published in Physical Review Letters.

The research was supported by National Science Foundation, and the U.S. Department of Energy.